Sustainability is hot and happening, perhaps most notably in housing. However, the number of new housing development projects is limited. Therefore, a very large part of the current housing stock is left hopelessly energy-inefficient. The potential climate benefit is huge, but unfortunately, this comes with large investments that that have long payback times.

TU Delft, BIK bouw, Sto Isoned, Itho Daalderop and Kingspan have teamed up to create 2ndSkin®, an innovative renovation concept that improves the energy efficiency of existing homes. By placing modular panels on outside surfaces of the houses, 2ndSkin® keeps all indoor spaces intact. In addition, 2ndSkin® provides multiple options for energy provision and ventilation, while also enabling energy production through solar panels and heating boilers.

In 2017, 2ndSkin® transformed twelve homes into zero carbon homes in cooperation with housing association Waterweg Wonen. Thanks to a smart business model the housing association will get their return on investment without having to raise the rent for the tenants. Waterweg Wonen is now ready to adapt another 180 houses toward a zero carbon economy.

EIT Climate-KIC’s financial contribution gave partners the much needed faith in the 2ndSkin® pilot. EIT Climate-KIC used the strength of its community to support the start-up of 2ndSKIN® and kickstart its upscale.

The green solution for old tires

More than 1.5 billion polluting end-of-life tires enter the global waste stream every year, creating around 13.5 million tons of waste. More than half of these tires are burned or landfilled, often in parts of the world where environmental controls are poor or non-existent. What’s more, landfilled tires are a breeding ground for malaria mosquitos. At the same time, 2.4 billion tires are manufactured every year, requiring around 7.2 million tons of carbon black to be produced from fossil fuels.

Black Bear Carbonis a Dutch company that has been recycling car tires in Limburg since 2016. Instead of turning them into granules for rubber mats, which is the common destination for recycled tires, Black Bear Carbon produces high quality carbon black. Clients such as Akzo Nobel processes the carbon black into their powder paints.

Black Bear Carbon is prime example of a circular economy approach. Its business reduces an important waste management problem and massively cuts back on CO2emissions. In addition, the production of carbon black produces energy and recovers oil.

Black Bear Carbon’s Limburg factory currently processes over one million tires per year. The business model aims for a large-scale roll-out, establishing hundreds of factories worldwide in the future. A recent 11 million euro financial investment will bring this ambition closer to reality.

With support of EIT Climate-KIC and in close cooperation with TU Delft, Black Bear Carbon works to improve the quality of the carbon black and oil that it produces.

Insects on your plate

Meat consumption has a devastating impact on animal welfare and the environment all over the world. The meat industry is infamous for its land and and water usage. In addition, the transportation of animals and meat products produce CO2emissions. Of course, animals emit large quantities of CO2and methane as well.

Insects provide healthy proteins without the negative effects on animal welfare and the environment. However, the thought of eating bugs makes most people shiver.

Two students from Delft founded Burgsfoodsto produce tasty food based on edible insects. Burgsfoods’ flagship product, the Cricket Burger, is made from locally grown crickets. The burger has already been sold at numerous festivals and events, and has attracted the attention of sports fans because of its nutritional value.

Burgsfoods’ insect products reduce the use of water and land, and cuts back on CO2 emissions.

Burgsfoods participated in EIT Climate-KIC’s Launchpad– the green business ideas competition – and subsequently entered the Accelerator programme. Burgsfoods received financial support in both programmes, while also getting valuable input and coaching on how to set up their business model and realize their ambitions. 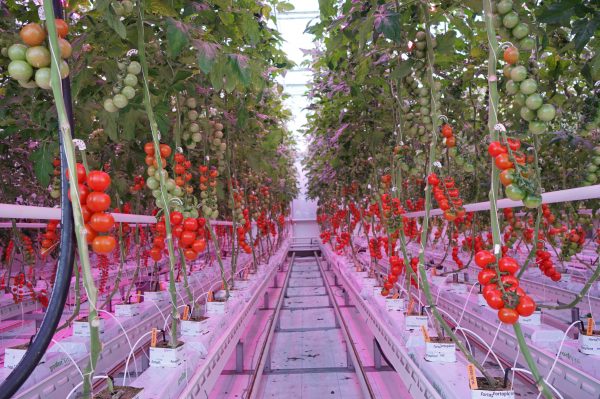 LED lights are far more energy efficient than conventional filament lamps. At the moment, about a third of all greenhouses are still using traditional lighting. A full transition to LED-based systems could save up to 3 megatons of CO2per year. However, growers will only be stimulated to make the transition to LED lighting once they know how the light will affect the greenhouse’s climate and the growth of crops.

In the Carbon LEDproject, Wageningen University & Research, Bayer CropScience (Nunhems), Signify (before: Philips Lighting), INRA, and Startlife joined forces to design energy-efficient LED lighting systems for greenhouse horticulture. In an experimental tomato greenhouse, they studied the adaptations needed in the growing and climate management systems. Growers where involved every step of the way.

The test results suggest that by optimizing the LED lights, climate control systems and plants, the production of tomatoes could improve with up to 25%. At the moment, the initial investment costs are holding back growers to switch to LED lighting systems. Therefore, Carbon LED is also exploring the possibilities of lease constructions.

The Carbon LED project has provided fresh new insights in the use of LED lighting to reduce energy consumption in greenhouse horticulture. The results make clear that a switch to LED light can decrease greenhouse tomato growers’ carbon footprint by about 45%.

EIT Climate-KIC financed the Carbon LED project and brought together the project and knowledge partners.

The road from a great idea to a marketable product or service can be a long and bumpy one. With the help of EIT Climate-KIC a growing number of start-ups reach the stage in which their product or service has proven itself to the market. But money is needed to really scale up. Therefore, start-ups are always on the look-out for investors who know that sustainable products and services can create social as well as economic value.

The Investor Marketplaceprovides potential investors with access to the world’s largest clean-tech start-up network. The online platform reveals start-up opportunities within Europe and creates opportunities to get in touch with like-minded investors. The marketplace includes start-ups in various countries, sectors and stages of development.

EIT Climate-KIC launched the Investor Marketplaceto help its start-ups attract investors and get to the next level of entrepreneurship. 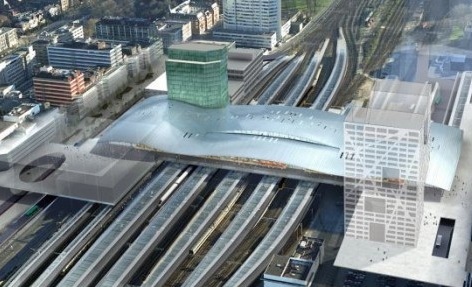 Cities are accountable for 70% of the total CO2emissions worldwide. The number of people living in cities is growing exponentially. Therefore, cities play a major role in attaining the global climate goals. Cities also have important challenges when it comes to climate adaptation. For instance, cities need to deal with large quantities of rain, alternated with long periods of drought. Climate resilient cities promise to create pleasant, healthy and safe work and living conditions.

The municipality of Utrecht aims to address the challenges and opportunities of sustainable cities with the redevelopment of the central station area and the adjacent Beurskwartier. Utrecht joined EIT Climate-KIC’s Smart Sustainable Districts(SSD) programme, which is dedicated to transforming cities one district at a time. The SSD partners worked out a strategy to transform Utrecht’s Beurskwartier into an attractive, energy neutral area. Supported by citizens and other stakeholders, the climate solutions are now ready to be implemented.

One of the sustainable solutions for Utrecht is the introduction of a shared car scheme using cars that run on electricity, while also delivering surplus electricity to the local net. The Beurskwartier area is also fitted with water management systems and vertical gardens.

Utrecht is one of the pilot districts in the EIT Climate-KIC Smart Sustainable Districts programme. The pilot districts include the leading sustainable cities in Europe. EIT Climate-KIC supports international collaborations in the area of infrastructure, transport, utilities and the built environment. In addition, the Smart Sustainable Districts programme will demonstrate the commercial value and market opportunities of innovative city solutions.

By making more efficient use of available space, Office Vitae allows office buildings to save up to 20% on energy. 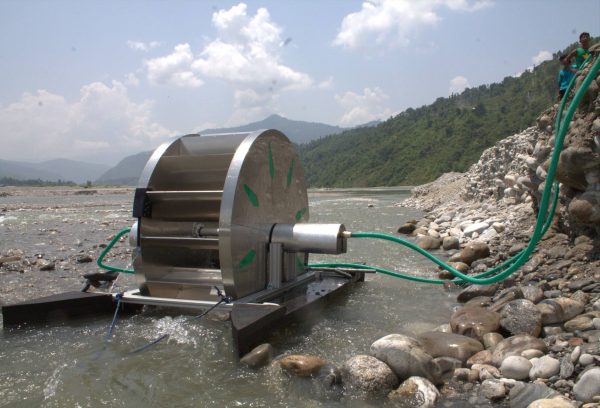 Farmers with elevated plots of land have limited options to irrigate their crops. They can carry buckets of water up by hand or mule, or they can rent a polluting and high maintenance diesel pump.

Dutch student Pratap Thapa, originally from Nepal, founded aQysta to develop the Barsha pump. The hydro-powered pump utilizes energy from the flow of rivers and canals to pump up water. The pump operates without any fuel or electricity. The Barsha pump provides access to water, securing food production In addition, it can serve as a tool for social and economic transformation, without causing any harm to the environment.

The Barsha pump has been deployed in 13 countries around the world. So far it has irrigated 200 hectares of land, pumped 300 million litres of water and reduced 100 tons of CO2emissions.

The EIT Climate-KIC Accelerator programme helped aQysta formulate the business strategy and explore their customer base. Having won the EIT Climate-KIC Venture Competition in 2014, aQysta received widespread media attention. The company expanded its offices to Nepal, Indonesia, Malawi and Colombia. Today, aQysta is leading partner in the EIT Climate-KIC innovation project HYPPR (short for Hydro-Powered and Profitable Paulownia Reforestation) in Spain, contributing to the reforestation of abandoned farmland.