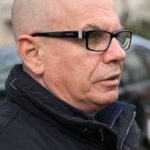 Enhanced Weathering is one of the oldest scalable natural climate solutions. Minerals like olivine and rocks like basalt have been removing carbon from the atmosphere even before life on earth began. Olivine alone has the potential to remove at least 3000 gigaton of CO2 – enough to reverse global warming twice.

Who is removing the carbon?

greenSand BV, led by Ed Wijnker from Enkhuizen in the Netherlands.

greenSand is the worlds’ first sand and rock trading company purposely deploying olivine sand for CO2 uptake to reverse global warming. With 15 years of experience, greenSand have their proprietary carbon accounting solution, that shows exactly on a map where and when the olivine sand is applied and thus the carbon is sequestered.

No product has been found!